Tabbing Through the FIND Page

If you tab through the fields on the FIND page for Family Search, the tabbing skips from MALE to MARRIAGE without stopping at Female Unspecified or Birth. It would be nice if this was fixed so that we wouldn't have to stop tabbing and use the mouse click instead.

See attached pic. Thanks and have a great holiday! 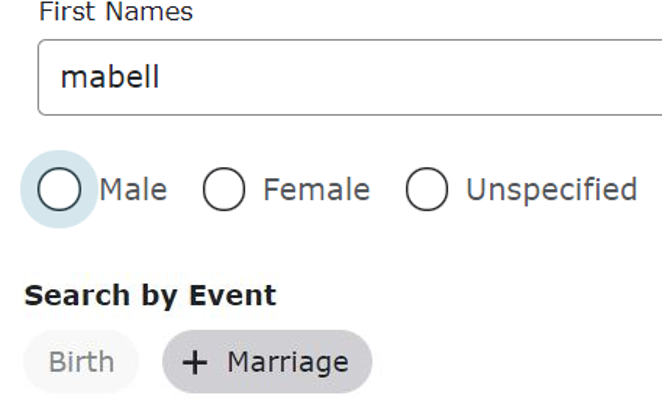