corrected a profile then found she has a large US family! 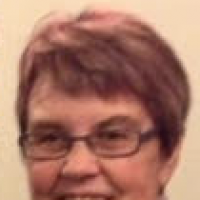 I started adding dates & places for a New Zealander whose family I've recently been working on. I worked backwards easily, adding info for the earlier generations, all correctly named & many with the right year but with US place names instead of New Zealand ones.

The problem started with George Crozier [K2F8-1R9], his wife's grandfather, who had the right Irish birth, was married correctly to Edith Smith [LQRJ-3PZ], and 5 of their 6 children were listed with the right birth year but no place. The sixth child, Irene, had all 3 major dates roughly right though all the places were in the US rather than in NZ. I'd just finished adding or correcting her known details then noticed that Edith had [the wrong] parents and a pile of siblings, all with [wrong] dates & US places!

I've obviously mucked up someone's perfectly good family tree but don't know how to go about restoring the info I "corrected" for Edith. This Edith & George are obviously NOT the parents of those children, who were all born in NZ after their parents' 1883 marriage in NZ!

Presumably adding new profiles for the parents of these 6 Crozier children would correct the mishap?? [Shriek!!! I'm going to swear off trying to be helpful!!]