Please review the attachment and advise if I'm reading this wrong, but the source reviewed below appears to be contradictory in relationships transcribed and/or displayed; or at least VERY confusing!

Besides this issue, highlighted below, this is the most difficult part of the proposed new display of sources that appears to be a part of the Family Tree, and I am having a very difficult time swallowing this pill! Is this truly what is being proposed for displaying sources going forward? 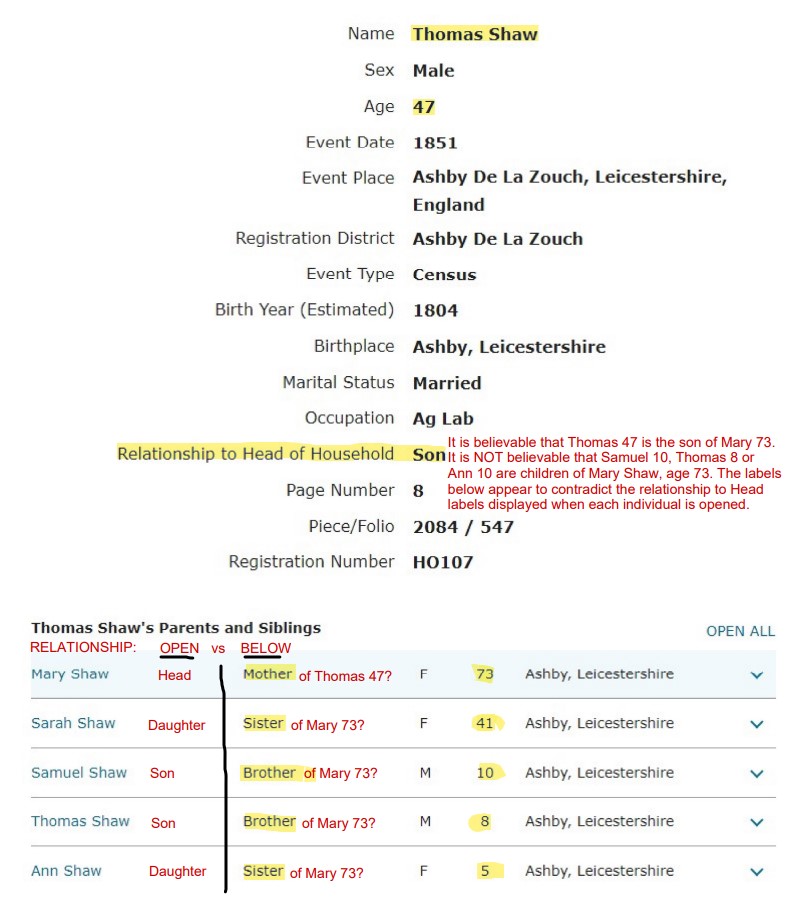