I don't know what got updated today, but so far I have gotten 287 e-mails from FamilySearch Communities.

It appears that notifications are being sent out for every post on every discussion I have ever taken part in over the past decade. I just got several dozen with the title for the e-mail being "[user name] commented on Family Tree Now Available To new.familysearch.org Users."

Here is a screen shot: 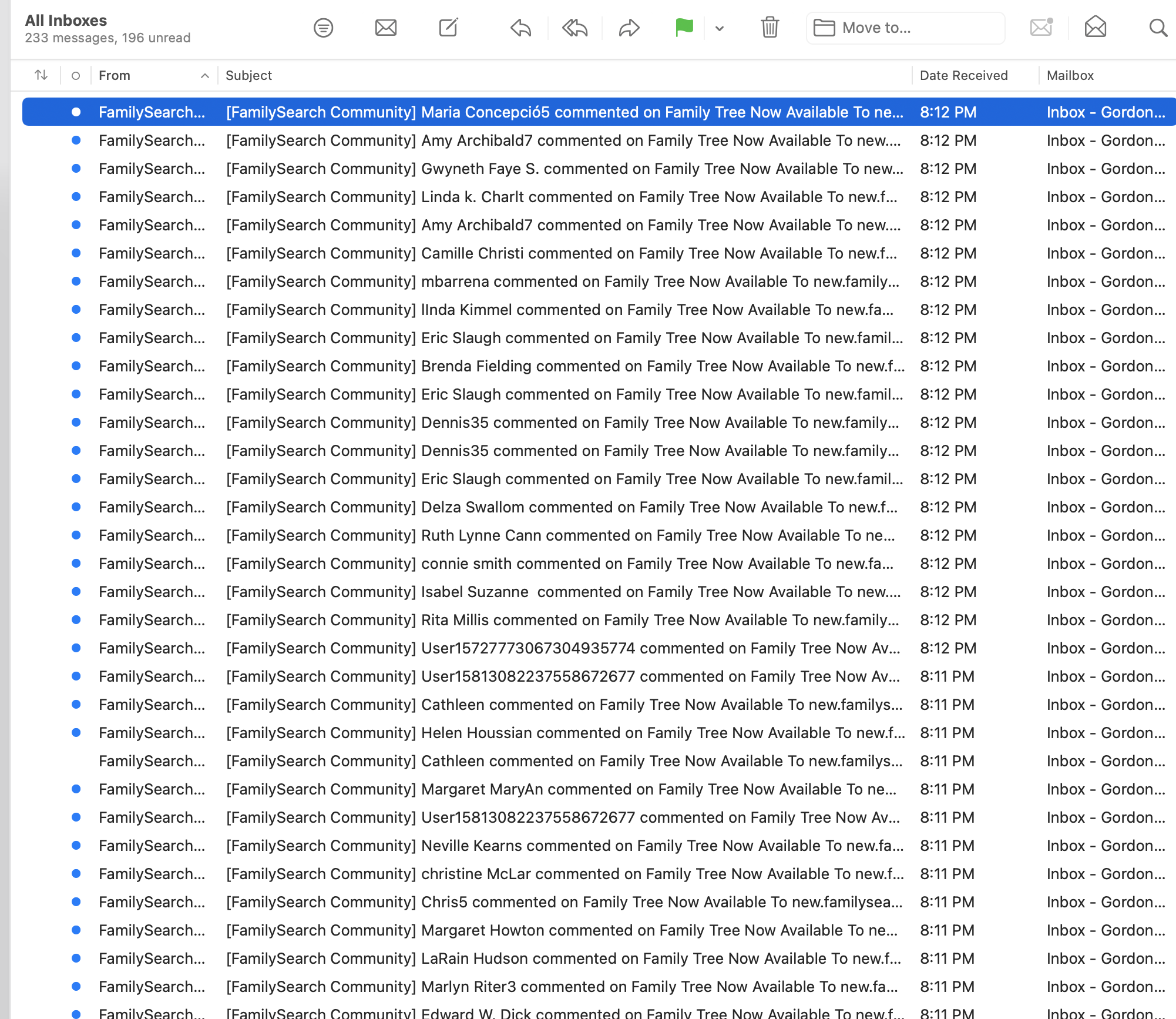 I'm not going to change my notification setting quite yet but will be keeping a running total. I hope this gets fixed soon!