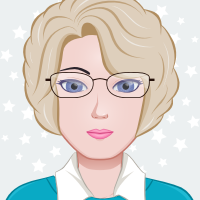 It would be most helpful if there were "help" by the question mark to allow people to locate the help center more effectively.