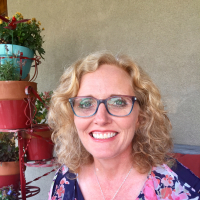 I was looking to verify if Peter Olaus Petersen LVNX-2HC, and Jacobine Olsdatter G4BD-M1F had any children between 1863 and 1867, most of their children are 2 or less years apart in age. I also searched the stillbirths and deaths to make sure there wasn't something there. I'm just cleaning up the mess of two brothers who have the same wife and children in family search. I'm trying to find all children in the Digital Archives so that I have proof of the correct relationship, so that I can clean up this mess.

Anyway in my exhaustive searching, I've found a bit of a conundrum. It seems that Peter Olaus Petersen of Aursnes and his wife Jacobine Olsdatter had a still birth 10 January 1867. It's the second entry.... https://media.digitalarkivet.no/en/view/6482/33677/13

What do you make of this? Is there any information in either record as to why a stillborn child is listed on the 10 January 1867 and then a live child, given a name is born 2 days later? Please help me make sense of this seemingly screwy information.