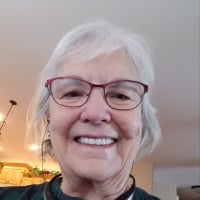 Details: I have observed that patrons sign onto Communities where they have to join a group.

I'm a Missionary in Communities. I was Group Leader for 4 groups.

During my time in the old community, not one of the people in either group ever posted a question to the group or answered a question by another patron.

I would @ a specific group when I found a question in General Topics ( for instance) that could be answered by someone on one of my groups. No answer form the @ed group. I would then do my best to answer the patron. Occasionally I would @ someone I knew in the mission to get help for the patron. :(

No but me posted anything in the 4 groups. I posted things in the groups that I thought might be enticing, but no response.

One of the patrons who asked a question that could have been answered by some member in ie Kentucky, didn't get an answer until I answered. He mentioned that looking at the group without any activity was disheartening and didn't look good for the Community as a whole.

All of this is to say that I wish patrons could establish an account in Communities without having to pick a Group; ands then browse through the groups, asking here and commenting there.

Perhaps the tracking of patrons is linked to their use of a group. Still a patron can go to other groups and comment or ask a question without joining that group, right? I'm not sure of that, as I'm in Communities Mission, and can't test if a patron can do that.

It seems that a wide open Community (with each patron having an account) would be fun and useful.

Groups such as mine could be grouped together.

I don't know. It just seems constricting and restricting, to have patrons belong to a group and never go back after their initial post.

I get it that the algorithms might not be able to be written to accommodate that kind of freedom of movement within the Community, and still keep track of patrons. My son is a systems architect, so I get that.

Maybe someone thinks that "belonging" to a group is satisfying somehow. I don't know.

Anyway, that is my comment and I will try to keep quiet about that now.

Well, I did have another thought.

Perhaps missionaries could be called to a group to answer questions, instead of patrons having to join a group. Sort of like FamilySearch call in system.

I loved my mission in the FamilySearch call in. I served two years. Loved it, loved it. But I got really tired with the hours required, not to mention I always went over the required time, having so much fun.

I will stop here, but you can call me anytime and I will visit with you regarding Family History.