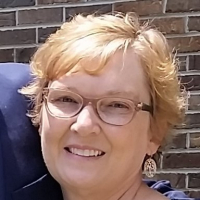 For individuals that have a chronic problem due to an incorrect primary source document, a widely published but incorrect family tree, etc., we need a banner under the individual's name where a caution or warning can be entered and that shows in red text.

For instance, I have a relative who remarried after the death of her first husband. In the next census, her two sons by her previous marriage now have the new husband's surname. In every other record the son's surnames are correct. People keep adding those two sons to the wrong father based on that one census.

A red warning would help keep us from having to delete those sons over and over.