Problem with community on an iPad 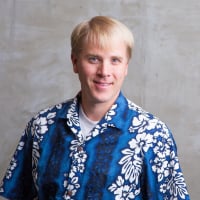 We have received some reports of users having trouble using the community on an iPad. I am throwing this out to see if someone can help us resolve the issue. It seems when users are using Safari the community reloads and kicks them back to the top of the screen. I think it is possible a setting in Safari. I am wondering if anyone has suggestions on what we might need to do to solve this problem?

For those who want to get around this problem it does not seem to present itself is you use another browser like Chrome on your iPad.

This discussion has been closed.
Clear
No Groups Found