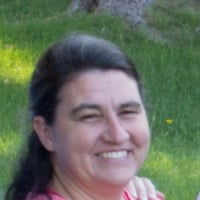 Biggest thing that I see as a problem in this new Community is that folks have to click into a post to respond and then find a way back out to the Feed to see the next post. Every other social media system that I've used, including the old community, allows us to comment in the Feed. That just may be something that still needs to be done, but where people are used to that, having to click at least three extra clicks in order to post a comment is probably going to make people less likely to comment. Especially, since there is no obvious way back to where you were in the Feed. When I am looking at a message in a group, the banner is not a link back to the group. Nor is the Title at the top. To all intents it looks as if there is no way to go back to the group I was looking at.

I did find that at the bottom of the comment block, there is a hyperlinked title to get back to the group.

However it takes me back to the top of the group, instead of where I was in the list, and if you are adding to a post with several comments, it could take some scrolling to get to it.

This is one we would like to get too. The tool will not currently allow for this, but are hoping it will in the future.