I am looking for record of St. Martin's Catholic Church is Lieven, Pas de-Calais France. My grandfa 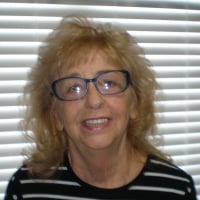 Carol Ann1 ✭✭
July 20, 2020 edited February 9, 2021 in Search
I am looking for record of St. Martin's Catholic Church is Lieven, Pas de-Calais France. My grandfather Leonce Lambert was born There Sep 4, 1904. I have his birth record and know that he was later accepted by his "father" to make his birth legal.

I would like to find out who the priests were in St. Martin's Catholic Church in Lieven France during this time frame (1901-1906. My great grandmother Marie Cucu had my grandfather, Leonce KFZH-JS9, before marrying Leone Francious Joseph Lambert KFZJ-DJ6. She always told her kids she believed in the Catholic Church, but not to trust the priests. She was very young while attending school there. I have a coy of of Leonce Lamberts Birth Certificate from Lieven France which show him as a "B" child and his birth was legitimized when his mother married Leonce Francious Lambert. I have a brother willing to take a DNA test for me, but am not sure what we would find without knowing who the priests were during that time frame

Any guidance is appreciated.