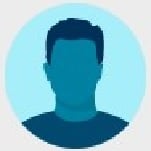 There are at least 4 outliers that need relocation? whoops ... none of those are in Utah - someone accepted them in error or the KML got corrupted somehow.