I've run across several US naturalization sources that have the event type listed as Immigration instead of Naturalization. Can I change this or have it changed? Immigration is simply a crossing of a border that applies to citizens and non-citizens alike. Naturalization is a non-citizen petitioning for citizenship usually after they immigrate. I've seen the same issue with the 1940 census where the prior residence is sometimes typed as Custom instead of Residence.

The example below applies to both the 1914 Declaration of Intention and the 1916 Petition for Citizenship for Ilario Mercuri. He declares in both of these documents that his immigration occurred in 1901 so the event type on both is incorrect. I have to manually re-enter the data under the correct event type and delete the wrong event which is annoying. Note that I know how to edit the specific date and place and birth dates and suchlike using the edit feature but I can't change the event type. 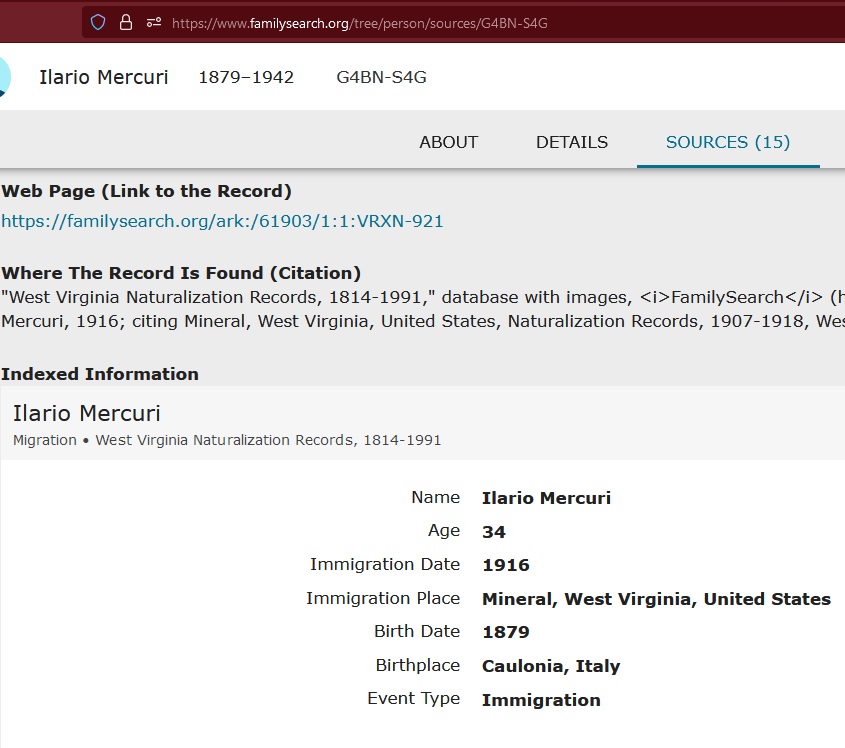