Something, somewhere has gone horribly wrong.

I was taking a look at my family tree and came across Irene Jones, 1929 Wolverhampton

after realising there was a bad connection somewhere I tried to fix it and it seems I've pulled on a thread that's just getting worse and worse. I think the problem stems from Herbert Henry Brookes where he's been duplicated multiple times. It seems that I might need some help from someone in fixing this. 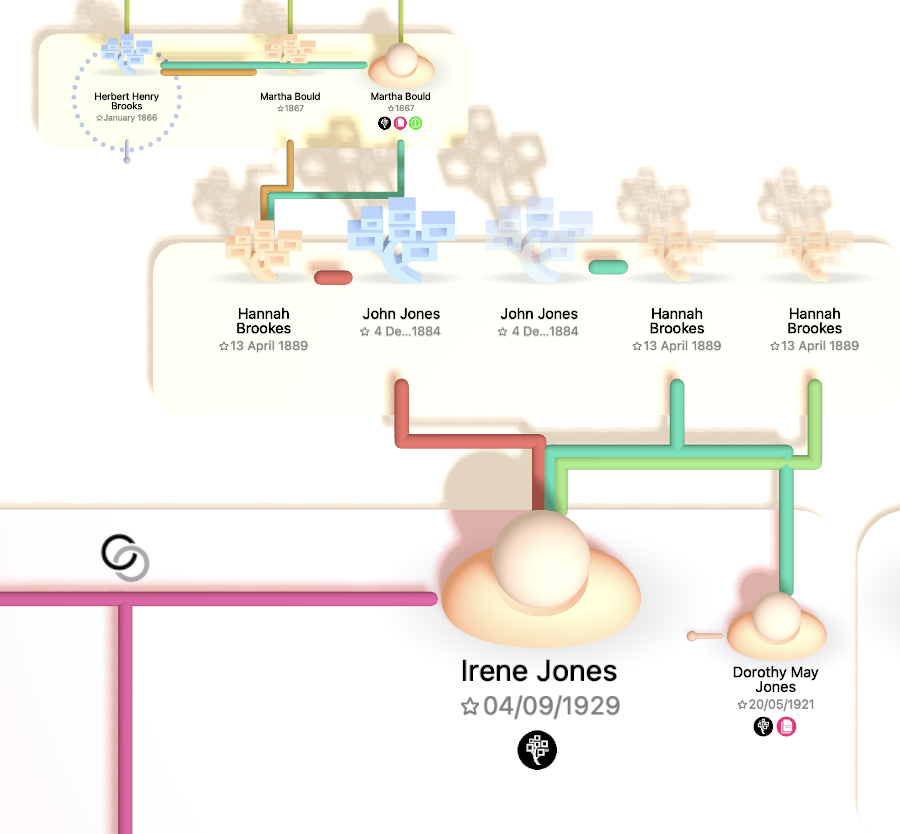