Name Meaning on the New About Page in the Tree

Some of my genealogy students have had quite a laugh, at my expense, in my genealogy class last night thanks to the "Name Meaning" on my about page. While I served in the waters off Vietnam in 1974, I am about as far away from being Vietnamese as you can get. I know it is probably an automated thing, but someone might want to take a closer look at the two-word surname types and not focus on the first word of the surname. Might end up being more useful. Mine isn't. The surname is Van Horn, two words and yes, it does appear in the surname block that way.

Thank you and the new pages look interesting. 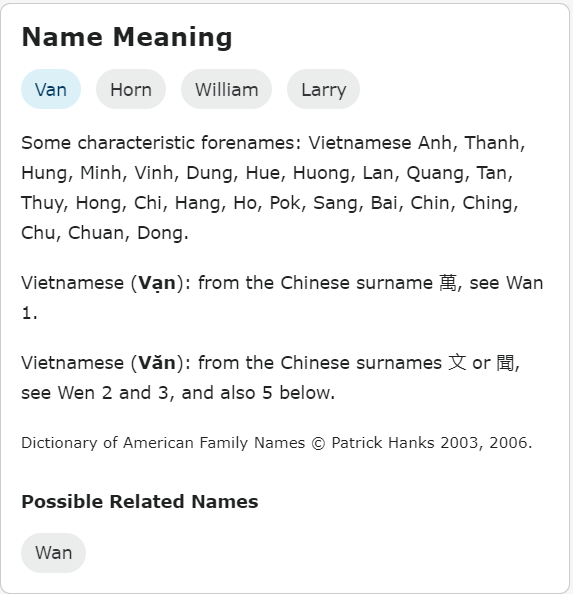