Okay, I haven't analysed the reason yet, but I am being presented here with ten hints for the same event. When I have examined similar examples in the past, this appears to have been the result of indexing the exact same records multiple times - either due to there having been multiple filming of the same register, or just multiple indexing projects involving the same material.

I'm sure there must be a huge amount of fresh material that FamilySearch has permission to add to its website, so please develop a better method of record keeping to ensure prioritisation of completely new material over duplication of existing records.

I accept the argument that some projects might lead to indexing of additional facts from the record, but my experience is that I am having to add multiple sources containing identical details.

Apart from cluttering up my Sources sections, in some cases a waste of indexers time in dealing with multiple projects involving the same material / end product. 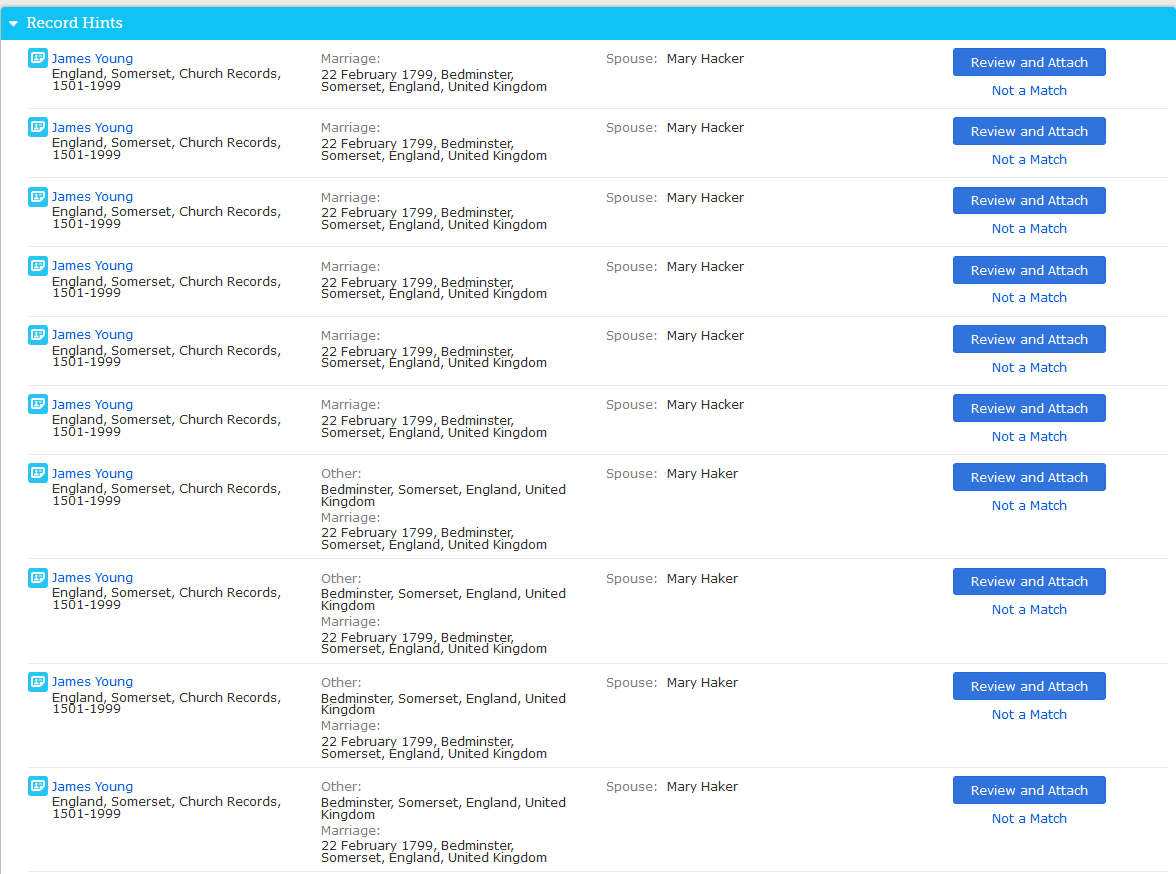