The examples don't cover it either - the example with the child's given name doesn't show entry fields for the father's and mother's surnames.

This batch has entry fields for all 3 surnames, but the document lists only one surname. 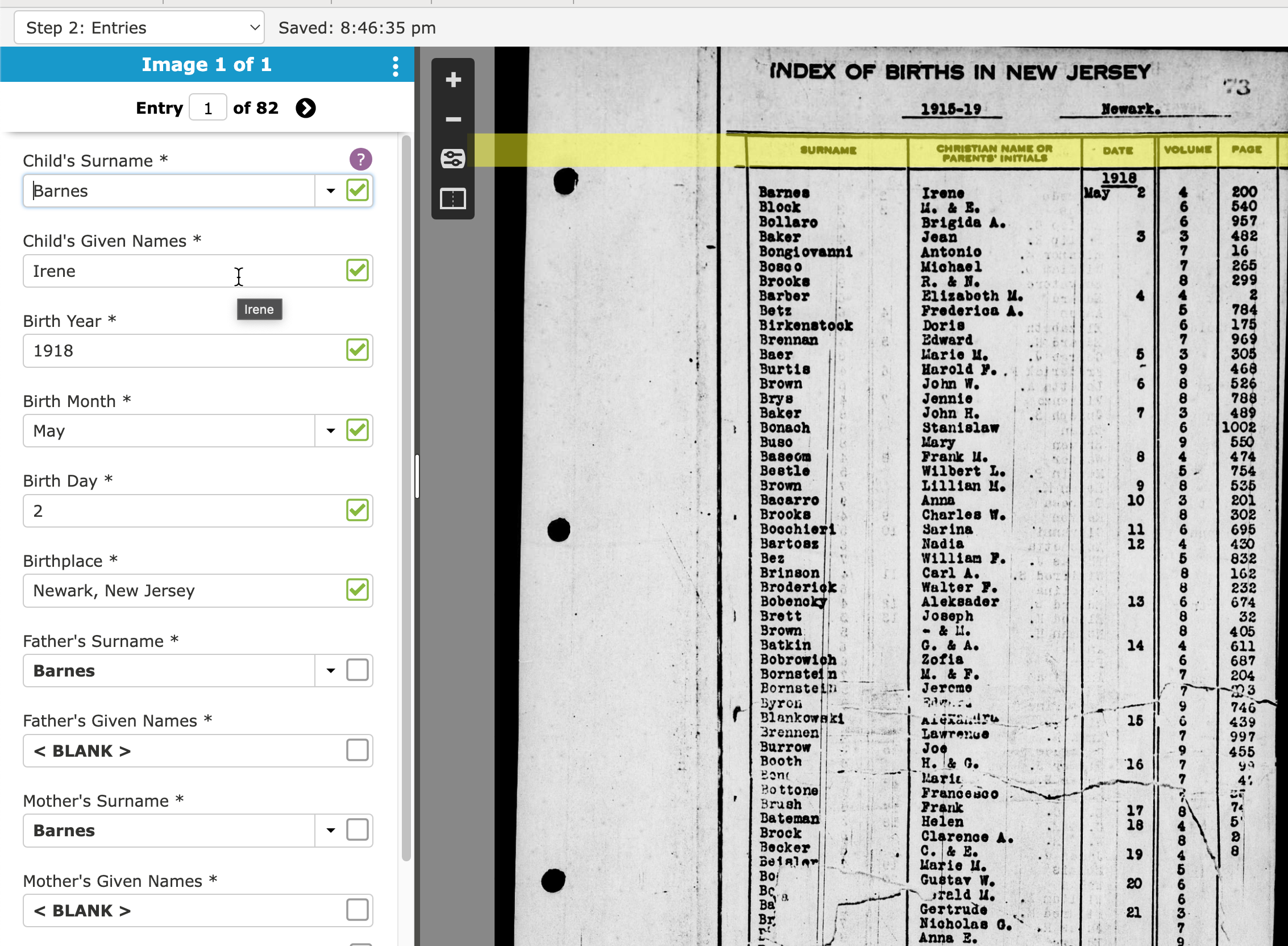 I lean towards leaving the surname fields blank for the father and mother, if the child's given name appears, but can take instruction.