Why no data warning flag for christening date after burial date?

There are sometimes warnings for situations that have a perfectly plausible explanation, so why not for an issue like this?

I am following this ID and noticed that another user has been making some odd inputs against Thomas and his family. As illustrated, this has included changing my 1723/24 christening input to one which (odd as it appears) has standardized as "January 1823". So, Thomas is currently shown with a 1823-1782 lifespan, but there seems to be no coding applied by the engineers to flag up a warning that this is an impossible situation.

My comments remain under Christening reason statement, but MaryJane has changed the date: 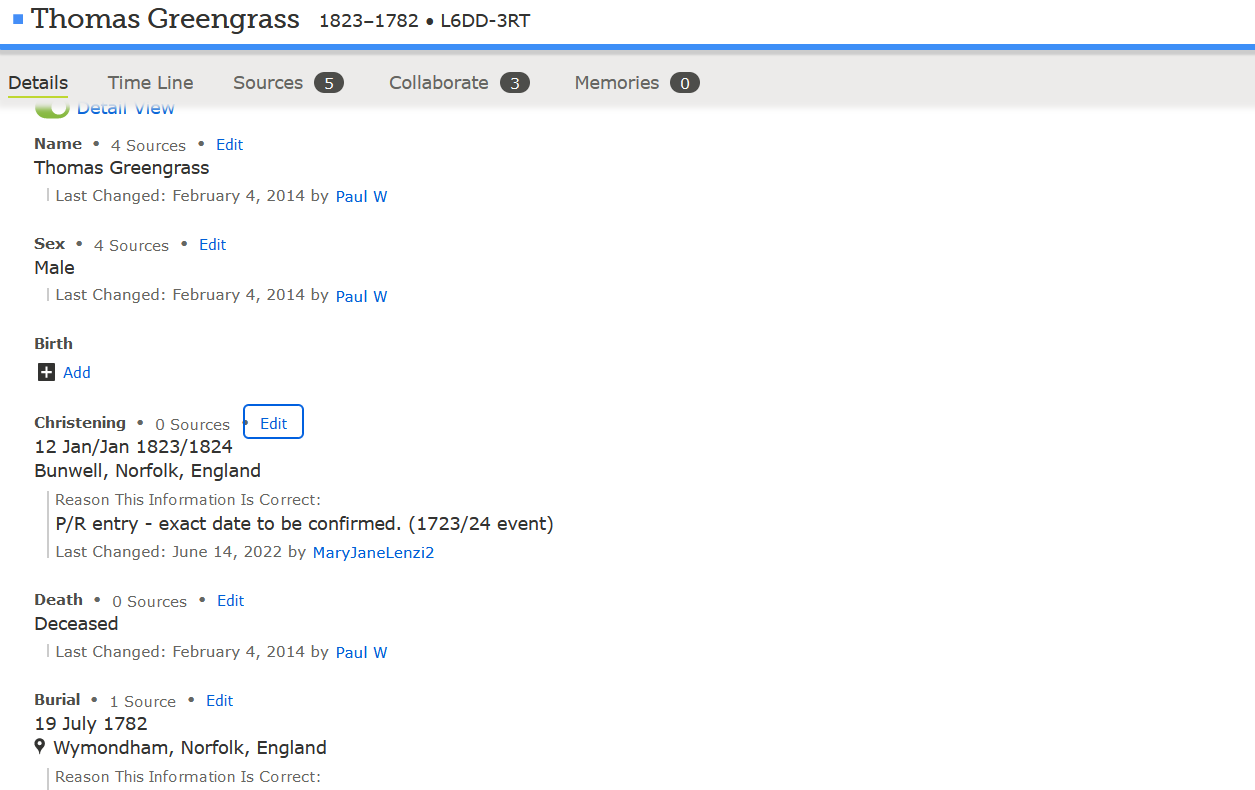