I have a relative that died shortly after arriving in America from Sweden. His wife died on the trip over so 3 boys were left orphan. In the Moline Illinois paper, 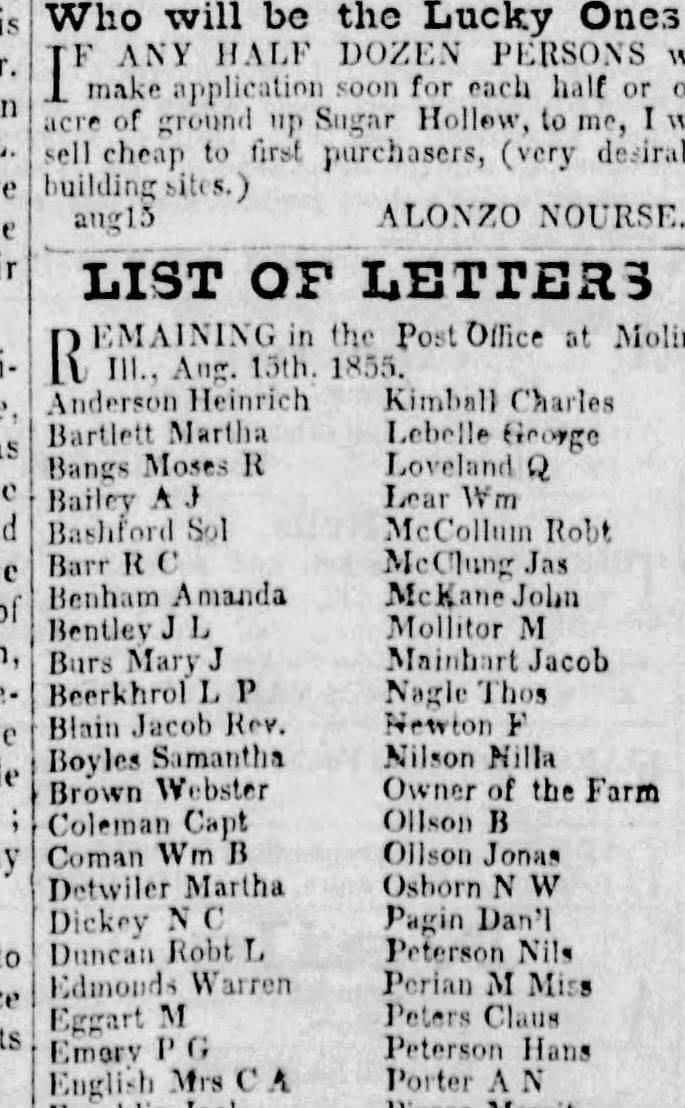 it lists a lost letter that was never picked up. By chance do they have those letters somewhere to access? Jonas ollson is the name. I have seen others in my pioneer lds line also. Just curious. Thank you