Kristine Smets ✭
May 4 edited May 4 in Search

Enumeration District 84 in Berks County, Pennsylvania, is missing from your site. I can find ED 84 (and its people) easily on Ancestry, but - as far as I can tell - the ED is not included on FamilySearch. None of the people enumerated in that ED are not in the index and I can also not get at the pages by browsing. 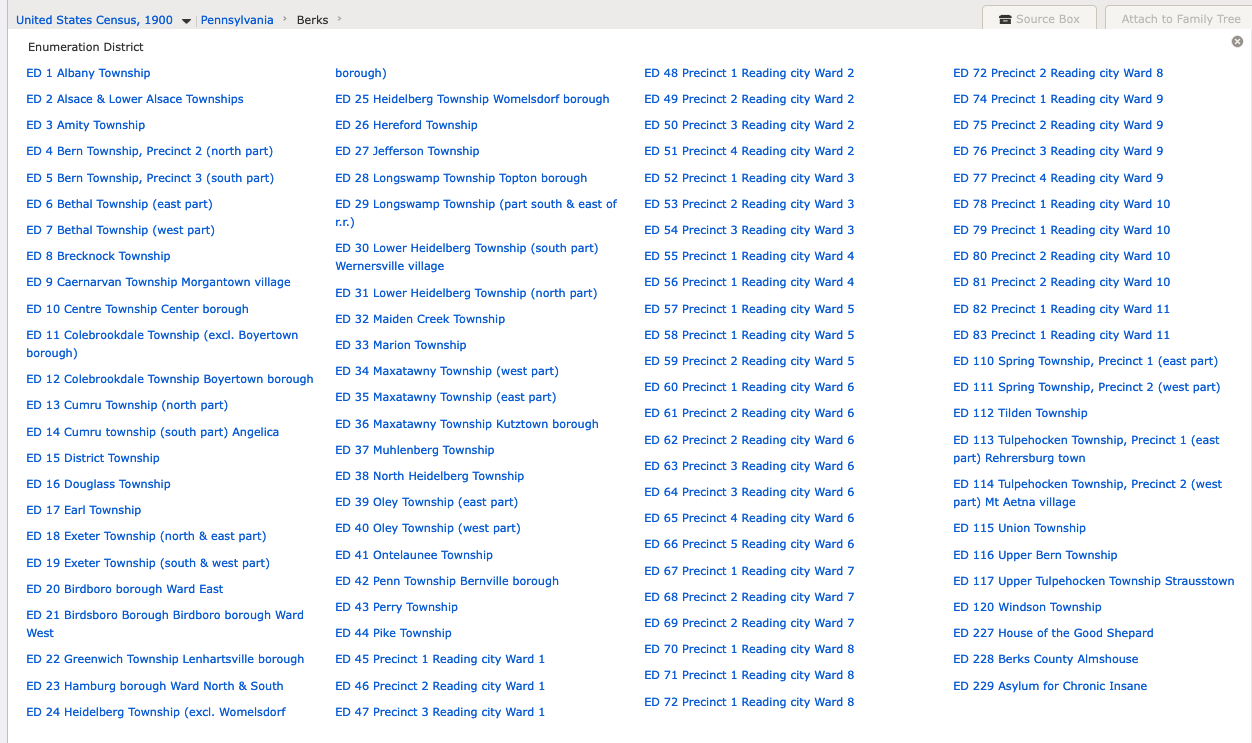