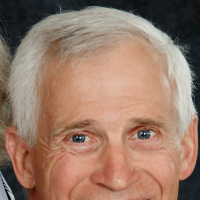 I received these ideas as feedback on FamilySearch:

"First off, Thank you so much for adding the group function! I am excited to take advantage of it to engage my siblings. I realize this has only recently been released, so there are potentially still design approaches you are exploring. Here are a couple right off the bat. ISSUE 1: I see that when an individual is shared, the record of whether an ordinance has been printed is reset - i.e. if I printed an ordinance to perform (which then shows up as "Printed" on my list) then shared that individual, it appears as "Not Printed" on the shared list and others might then print and perform the ordinance as well. Suggested behavior: Option 1: Warn the sharer to destroy all printed ordinance cards. Option 2: Carry the "Printed" status over into the shared folder so others don't print it. Option 3: Automatically Not share ordinances that have been printed. I suggest option 3, then add a feature where a person can select "Destroyed printed card" that then allows sharing of that specific ordinance. ISSUE 2: From the sharer view, it appears I could share an ordinance while retaining a precursor ordinance (at least I can unshare a precursor ordinance and leave a successor ordinance in the shared folder). This could permit an later ordinance (for example: Endowment) to be performed before a precursor ordinance (example: Initiatory). Some possible solutions: Option 1: Keep current functionality but not allow successor ordinances to be printed from the Share folder until precursor ordinances are performed. Option 2: Not allow precursor ordinances to be unshared without unsharing successor ordinances. I would suggest option 2 just to keep it clean. In all of these, I'm sure your team has a group that looks at policy, ergonomics or ease of use and understandability, etc., who could help shape this. The basic question is, "What functionality is intuitively obvious?" "