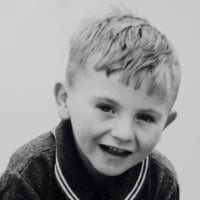 Is it common based on your experience that the son and grandson would carry the names of dads and grandads in their first or middle names?

The challenge now is to trace William and Mary's origin in Liverpool. According to her probate, she passed away in 1902 in SA. She was married in Liverpool although her maiden name is not stated. She was born around 1821. Their UK born kids are Edward, Richard, Elizabeth and Catherine. Their SA born kids are William Henry and John Robert. Their son Richard lived from 1843-1925. Williams age and birthplace are part of the challenge - how to narrow it down and find our elusive Wlliam and Mary.