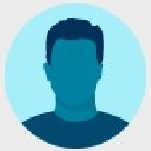 I will have to come back to this idea to list and update the ones I am indicating as not operating as I expect.

But it would be nice to have someone at FamilySearch check as well.

One for sure that does not operate as I would expect (again at least on my system):

Note: I have since learned Ctrl + G DOES function for a Project with filmstrip and not a Batch with Reference images (I am leaving the above note to make it clear the non-funtioning of Ctrl + G with 'Reference Images' - there is no shortcut to 'Reference Images - as I now understand it.)