Incorrect Project Instructions - Can Someone Correct This?

I noticed some huge errors while going over the project instructions for the project titled: "Belgie, Antwerpen - Burgerllijke Stand, 1851-1910 [Deel G]." On the example image that they use to show indexers and reviewers how to index a batch, they have the father listed as the child and the child as the father. It clearly states that it is the father appearing to report the birth and show the child. They even list his profession (landbbouwer) and date of birth right after his name. Then the wife is mentioned further down in the paragraph and then at the bottom the child is mentioned. The child was the three given names and the last name was not mentioned next to his name. It clearly states that he was given the "voornamen" which means name or names before a surname. Not only did they confuse the two but they actually gave the father the last name which is one of the son's given names. I hope someone sees this post and can correct this error so people don't end up being confused and end up doing it wrong. I included a picture. Thanks. 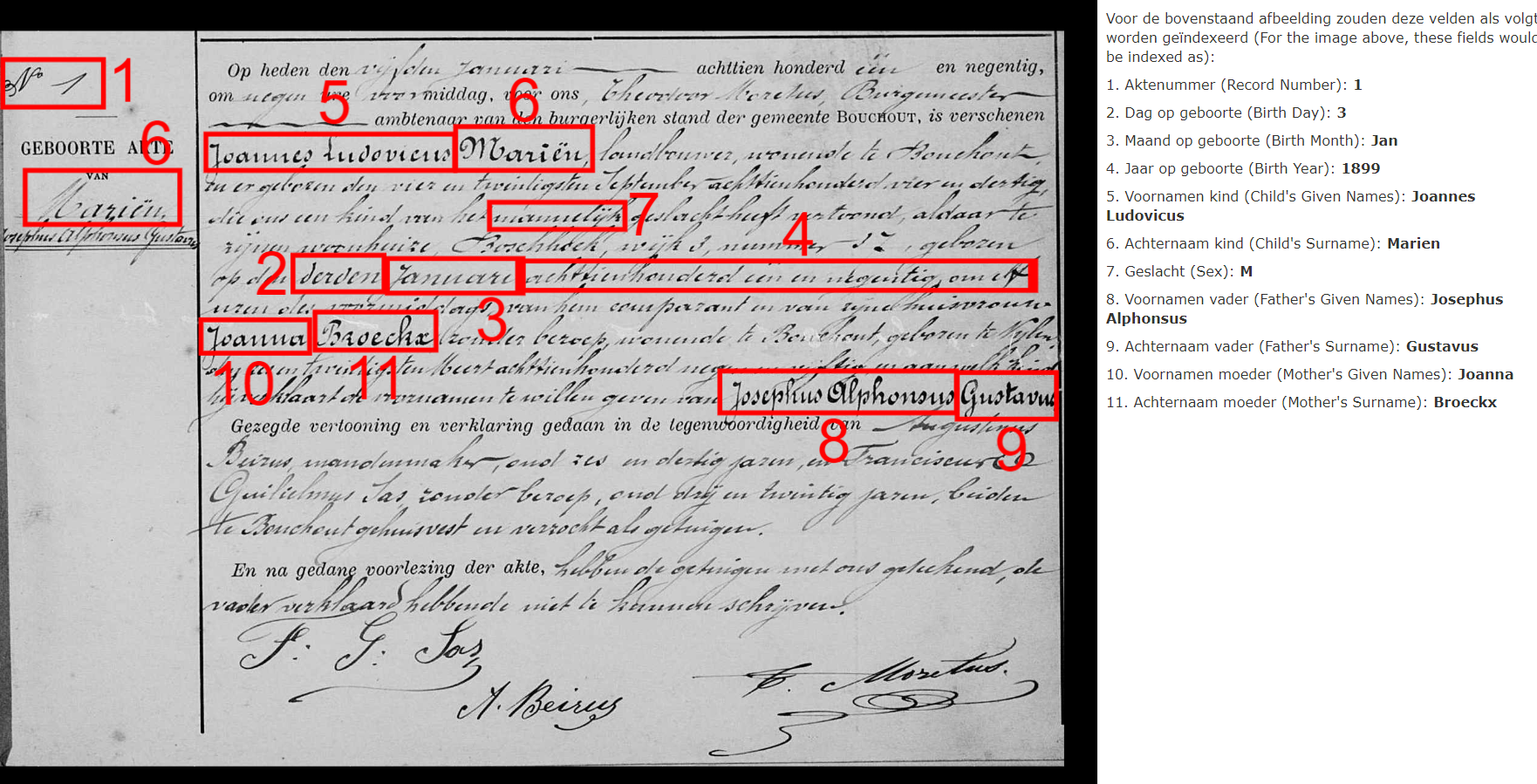