Back in March of this year, I had gone through and cleaned up the profile page of one of my ancestor couples, adding missing sources, and detaching incorrect random links and data. At some point, someone merged the information from Elisabeth with that of her husband's second wife, Nancy. I sorted that all out, however, on the side of both Elisabeth's & John's profiles where it lists "research help" it still lists the data problem (for Elisabeth, saying she married before she died (the marriage in for listed had been for the second wife) & for John that he died before the birth of his child (for some reason some had put Elisabeth's death as his) and death before marriage).

Is this a bug? Or have I not done something that needed to be done in order for the data problem to be removed?

Thank you for your time and consideration. 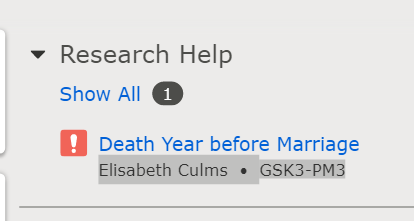 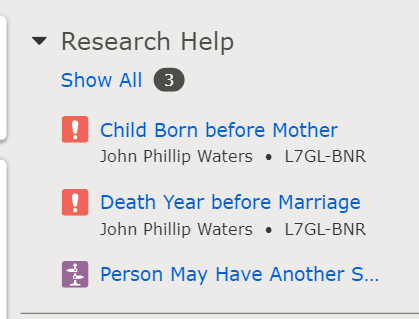