How do I create a group 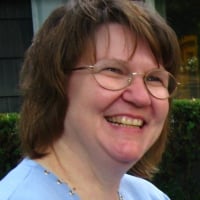 I am the lead TFH in my ward and would like to create a ward discussion group (private). Is there a way for me to do this?