Using Newspapers in your Genealogy Search 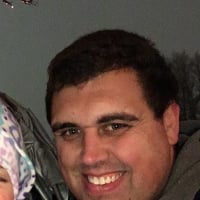 For centuries, newspapers were the social media platform for many communities. Newspapers printed news and events; births, marriages, and deaths; goings-on in courts; and other topics of social, political, cultural, and religious interest. In the process, unique details about the lives of many of your ancestors may have been preserved in newsprint.

Millions of historical newspaper pages are now being republished and made searchable online, turning old news into new discoveries for today’s researchers. The British Newspaper Archive is the premier online resource for old newspapers published in Wales, Scotland, Ireland, or England. Here’s what you should know about using the British Newspaper Archive for family history.

The British Newspaper Archive (BNA) is a partnership between the British Library and Findmypast, a leading genealogy subscription website. Nine years ago, the BNA launched an ambitious goal of bringing online up to 40 million historical newspaper pages from the British Library’s collection. They have just about reached their goal. On each of the nearly 40 million pages, articles from urban and rural newspapers from between 1800 and the 1950s—numbering in the hundreds of millions—are now available online, many for the first time.

Learn more about the British Newspaper Archive at the link below.