I have a 3rd Great Grandfather listed, but he is the end, unknown parents. He was born in Norway in 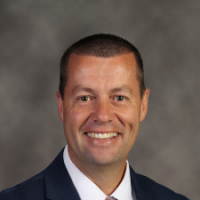