Help for confirming short transcription of a Vermont town record (1802)

I am a French Canadian and I would be very grateful if someone could confirm the transcription I made of a Vermont town record. My main problem is the abbreviations used. I am not sure what they mean. Thank you! - Diane Tourville

The following accts. (accounts?) having been exhibited to us the

subscribers as overseers of the Poor for the year past,

and we having examined the same do allow

the support of a Negro Man / a pauper named Newport $4.75

John Mason for the support of sd. New Port 7.00 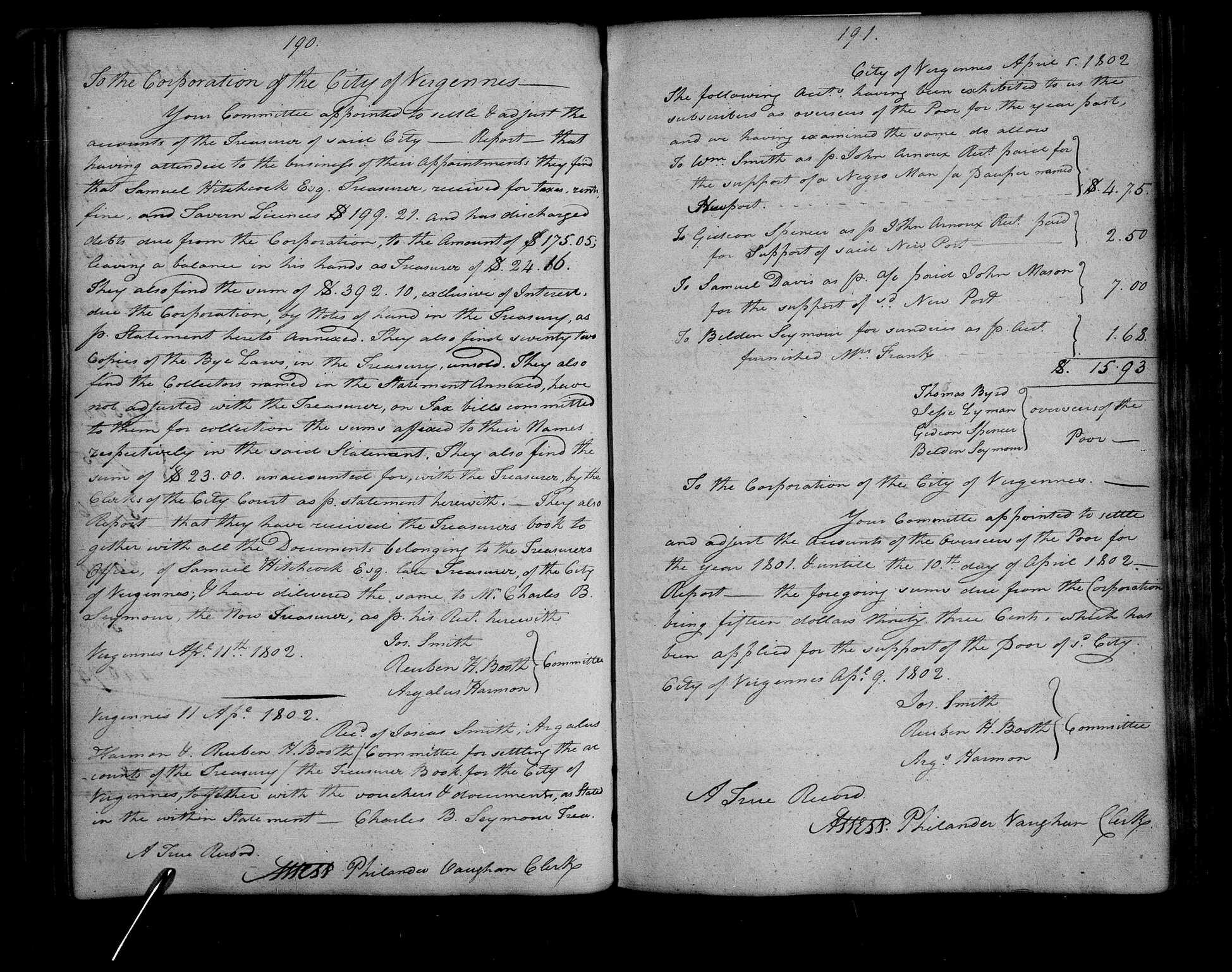