What happened in history to show such old fashioned spelling mixed with modern ones? 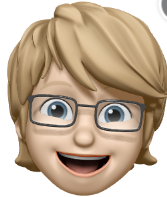 I have traced a paternal line back to the 1600’s. Francis Baudison married Dorothy Wasse in 1671 in Braithwell, Yorkshire. But when I go to his father, the names change to old style language…his father is Franciscus Baudison, died 1698 and the mother is Margareta Bawdison, died 1699. John becomes Johannes, William becomes Gulielmus, etc., but it is not the case for other names like Elizabeth Arnold which follows Margaret. These records are typed, so definitely completed recently. What happened in history to show such old fashioned spellings mixed with modern ones?