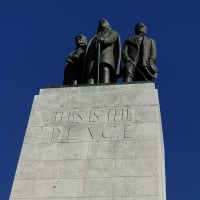 They appear on the rent books for Biggs Row, Putney circa 1800.

They attend church St Mary, Putney where children are christened , and family members are buried

Richard b 1806 my direct relative

There is a Richard HAYTER bap St Luke, Chelsea 1760 - I do not believe this is my relative as a Richard HAYTER is buried just after this from St Luke Chelsea. I believe although cannot prove he died as an infant I don't think he is a relative . Also there is a Hayter family associated with Chelsea but again I do not believe this is my family sought- one of the children was called Noah and he was quite well to do when he died. His will is available and there is no mention of my Richard. My HAYTER family were anything but well to do. Also there is a Hayter family at Bagshot, Surrey with commonality of forenames (Richard, Jemima) but this family cannot be proven to be related. Certain names though are quite prevalent in the overall HAYTER family - Richard, Francis, Jemima, William but what this means is debateable. A Y DNA test shows matches to James HAYTER JACKSON proving the tree is valid back to 1800 and the DNA is linked to Devon/Cornwall, and Sussex/Kent. There is a small French/Belgian inclusion but I don't think that's of any relevance.

So in conclusion the family, Richard & Ann "appear" in Biggs Row, Putney circa 1790 or thereabouts. Before that I have no idea where they lived. Wiltshire is a hotspot for HAYTERs (with Richard being a name used often but then so is London, ie CHUBB, GOODENOUGH, etc. Neither show as a DNA hotspot on Ancestry.

Anyone able to break this wall in Putney?