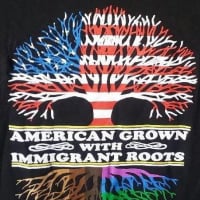 I've been working recently on a family group buried in The Evergreens Cemetery in Brooklyn, New York City.

I checked image search yesterday hoping to find some of the cemetery records. I was delighted to see a recordset with the title "The Evergreens Cemetery, Brooklyn, Kings, New York, United States Cemetery Records 1888-2015"

Only - when I opened the image set, it is for a cemetery in Box Butte, Nebraska.