b. unknown, likely around 1400 in France

My relationship to Geoffroy is unclear, but I can trace my direct paternal line back to Jehan Siroye, born around 1520 in Avernes, France (GZXW-F4H), only a few miles from the Vexin Normand, the area in which Geoffroy was the archdeacon. Given his profession's requirement for celibacy, he has no descendants to do this work for him, only cousins/nephews like me. I have done a thorough search of FamilySearch and found no one whose name or facts resemble Geoffroy's.

I found his information in the following books: 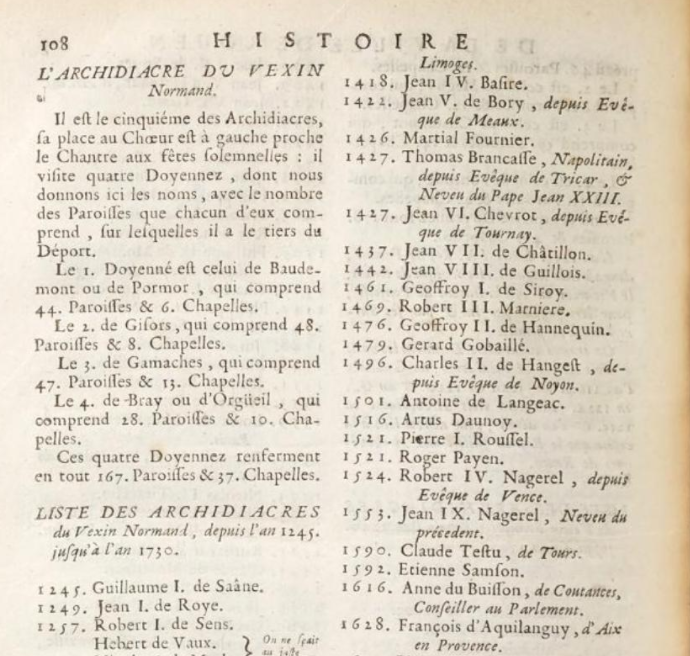 (Geoffroy de Siroy possessed this dignity (archdeacon of the Vexin Normand) in 1467 and took it from Gerard Folie, from whom he took possession 2 March 1461. Robert Marniere took possession of it as it was left vacant by the death of Siroy on the 9 October 1469)

I believe no one else may ever perform this man's ordinances if I do not since few will likely ever be able to establish a closer relationship to him than I can. Y-chromosome DNA has proven my paternal-line relationship to the Siroy/Sirois/Siroye family (my 7th-great-grandfather was Francois Sirois dit Duplessis).