Born In The Covenant 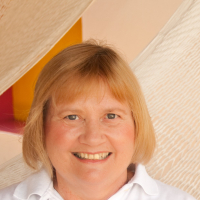 In doing descendancy research, I have found 4 first cousins twice removed who were born after their parents had been sealed in the temple but show "sealing to parents" needing to be completed. I am thinking others may have come across this same issue. I am following the instructions lised in the knowledge document I found in the Help Center on how to have "Born in the Covenant" added. I found names and a source for two of the cousins but not for the other two.

The 1910 census indicates Esther had given birth to 7 children with only 2 still living.