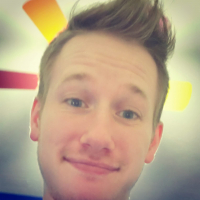 Note: I am remaking my post found here (https://community.familysearch.org/s/idea/0874V000000siqgQAA/detail) with some slight differences.

FamilySearch can improve how places and dates are shown in different languages especially now that there are 30 languages to choose from.

This is what the site currently does with a place and date entered in English on the English site:

Then with that same entered information, this is what it currently looks like on the Dutch site:

The display information does not translate (in this case, only the country name has an English version)…

However, because the date and place were entirely the same as their English standards when they were typed in, the display data could translate to Dutch when the site is in Dutch like how the standardized versions do already.

If this was done, the English entered data on the Dutch site would actually look like this (without the person using the Dutch site changing anything):

This is way more friendly for people using the site with different languages.

If the date and place were not entirely standardized (did not exactly look the same as the standard it was compared to), then it should not translate. Even if a person wrote Apeldoorn, Gelderland, Nederland while using the English site, it should not translate to another language (think about edge cases here haha). However, obviously it would look correct to the Dutch but not to other languages.

But not all places have standardized places, so to help with being able to standardize more places (not all, still though (which is fine), because obviously the standard place database is not 100% perfect and complete), a place details field would help.

This is what it would look like with a place details field and it filled in (it wouldn't need to be filled in of course):

I would choose this because I like seeing the place names in the original language, but I am more comfortable reading the site in my primary language of English, and I do not want to read or type the dates in Dutch. So, when I am doing my Dutch research, I would change the place name language to Dutch, so I can type and read the places in Dutch. But, then when I am researching English places, I would change it back to English. The change should be fairly easy to do too, so maybe inside the language options menu.