I have in my possession a 1942 letter from the Salt Lake Temple (signed by Stephen L. Chipman, President) addressed to a now deceased cousin. The letter states that they had gone into the Endowment House records and confirmed that Hannah Middleton (KWJ4-5LM) and Samuel Sinfield (KWJ4-5LW), while receiving their initiatories/endowments on 1 October 1864, proceeded to be married to each other FOR TIME ONLY. Having both been married previously (spouses now deceased), Hannah and Samuel agreed to be sealed for eternity to their first spouses. FamilySearch shows Hannah and Samuel with SS completed on 1 October 1864 to each other as well as their first spouses. This ordinance information would be incorrect. I am seeking permission as a direct descendant to perform the sealing for eternity, knowing that this marriage had been performed for time only. (Children from both marriages have since been sealed to their biological parents.) Thank you for your help in knowing how to proceed. 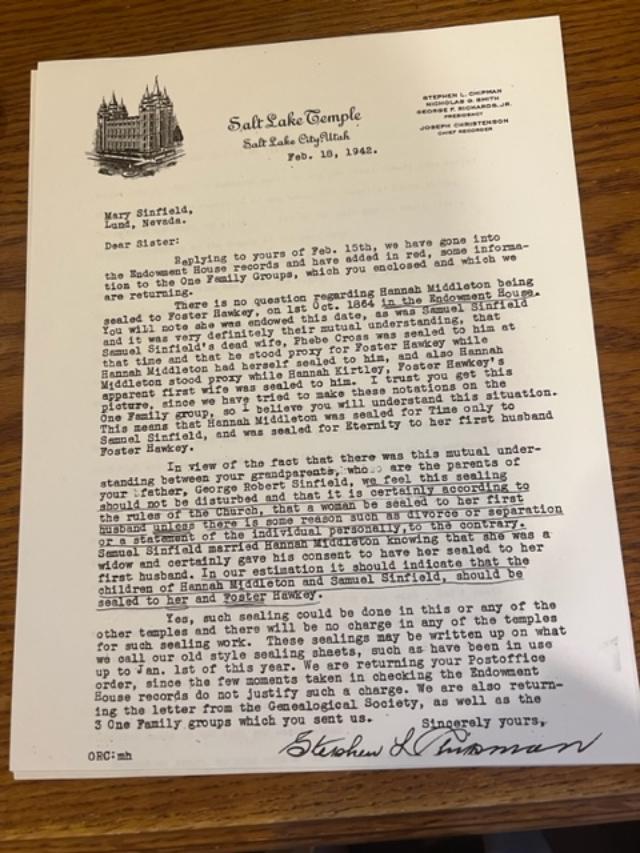