Correct ordinances for James A Secord

I am attaching the temple card I have for James A Secord LCTS-PK3. The record in FS for James originally had his parents as John Gordon Lampman Secord and Sarah Rebecca Buck. His record contains several merges and his FS record now has different parents - William Secord and Sarah Woodley. The sources attached to James show that William and Sarah had a James Secord b 1858 in Canada. The James A Secord b 1856 in Norfolk, Ontario, Canada is the son of John Gordon Lampman Secord and Sarah Rebecca Buck. He married Ina Josephine Messenger and they have several children. After he was merged and lost as a son of John and Sarah, someone has added his record as G4FJ-611. That record does not show his wife as Ina Josephine Messenger and lists no children and James needs ordinances. Ina and the children are listed correctly with the James in LCTS-PK3 - those need to go with the James A Secord. 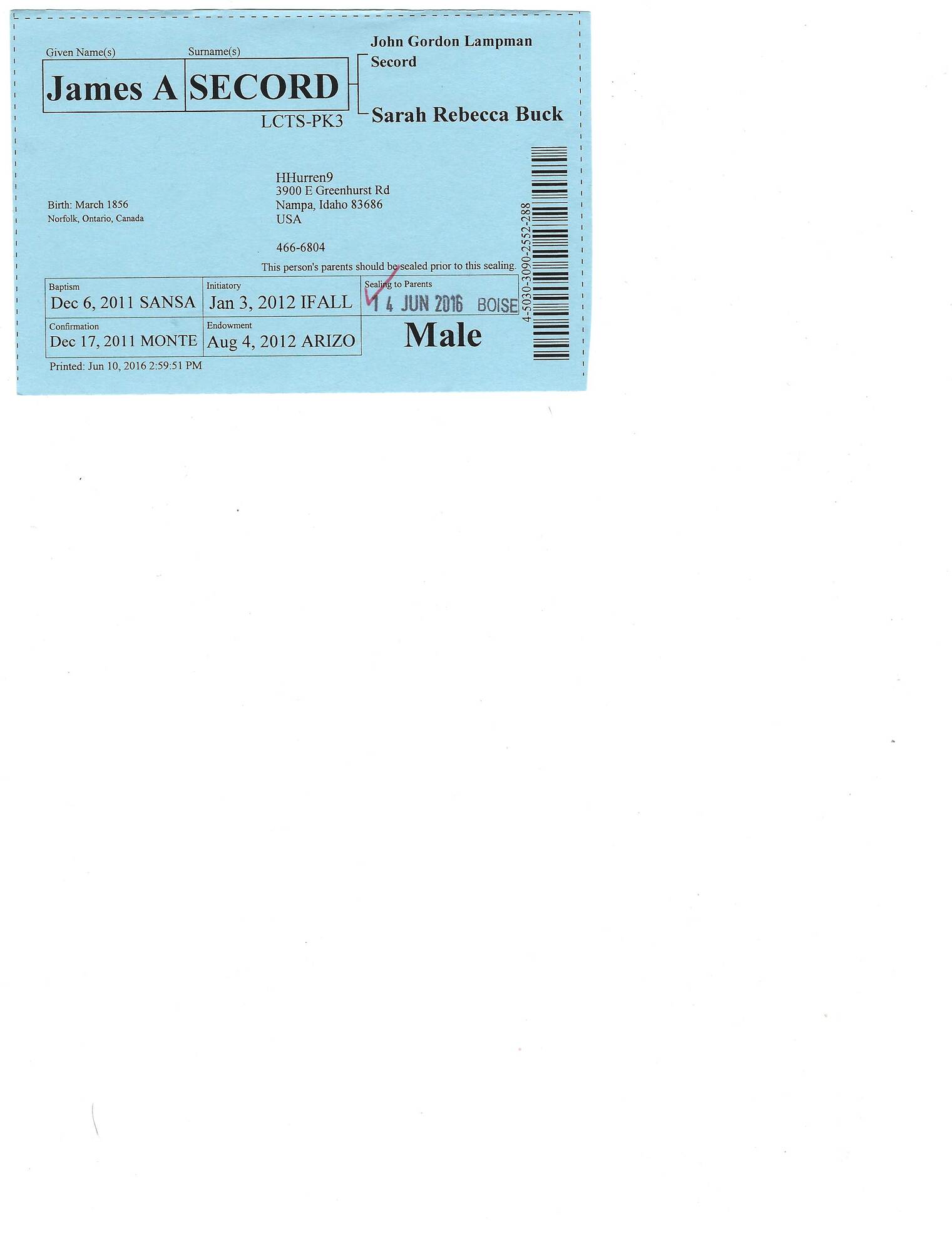