Can't figure this one out

Edward Harold Marsh if the father of Harold Jarvis Marsh. Their records are mixed up in Family Search and temple ordinances are missing. Attached are the temple ordinance cards for both men and their sealing to spouse. In Harold's record, after a couple of merges, he ended up with Edward's original PID of MY5T-X38. Edward has a new nuimber G7KG-9MS with needing all ordinances. Someone had Harold the son of his grandparents, so I deleted that relationship. I can't figure out how the numbers got mixed up and the completed ordinances left out. Help. Thanks. 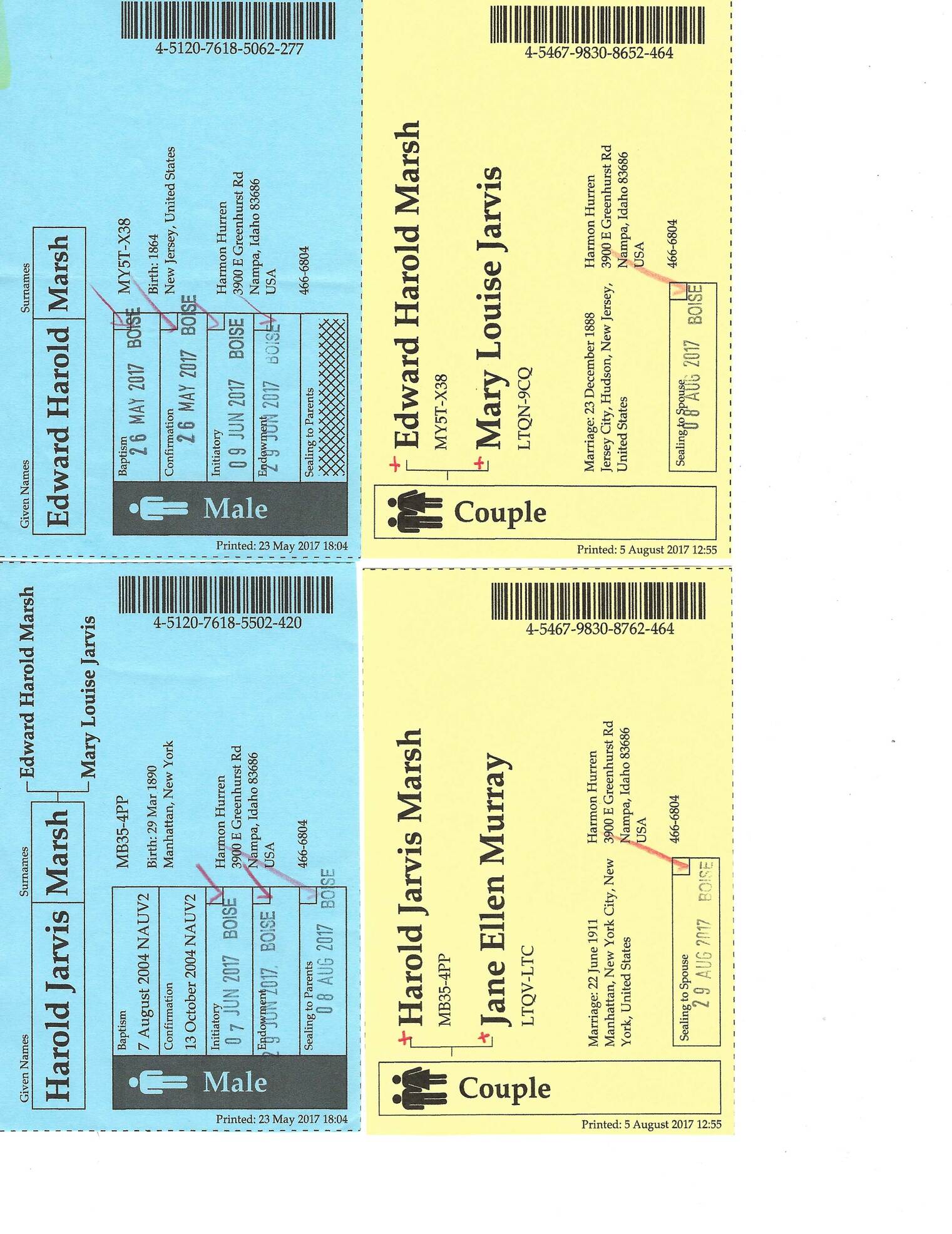