I am still new to FamilySearch.org and have reviewing my family tree. In doing so, I found that the ordinance information for Amelia Louise Fredericksen (LBNS-N1N) shows that the ordinances have not been completed.

My wife and I performed her ordinances personally on the following dates:

All ordinances were performed at the Jordan River Temple.

I am attaching photos of the original ordinance cards, and a screen shot of her page on Family Search. (The date of Sealing to Spouse is faint, but I think it is still legible.)

Thank you for your help. 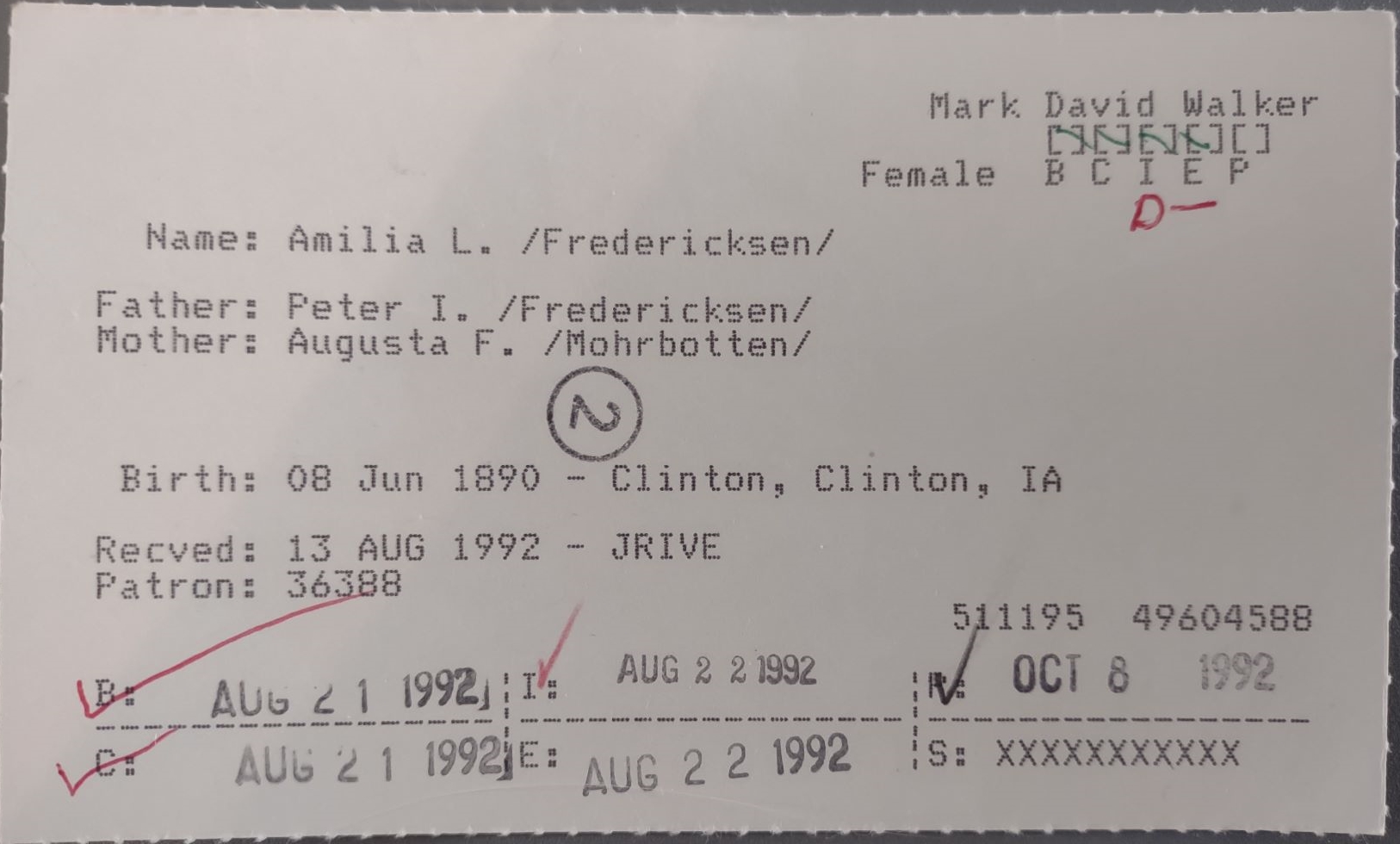 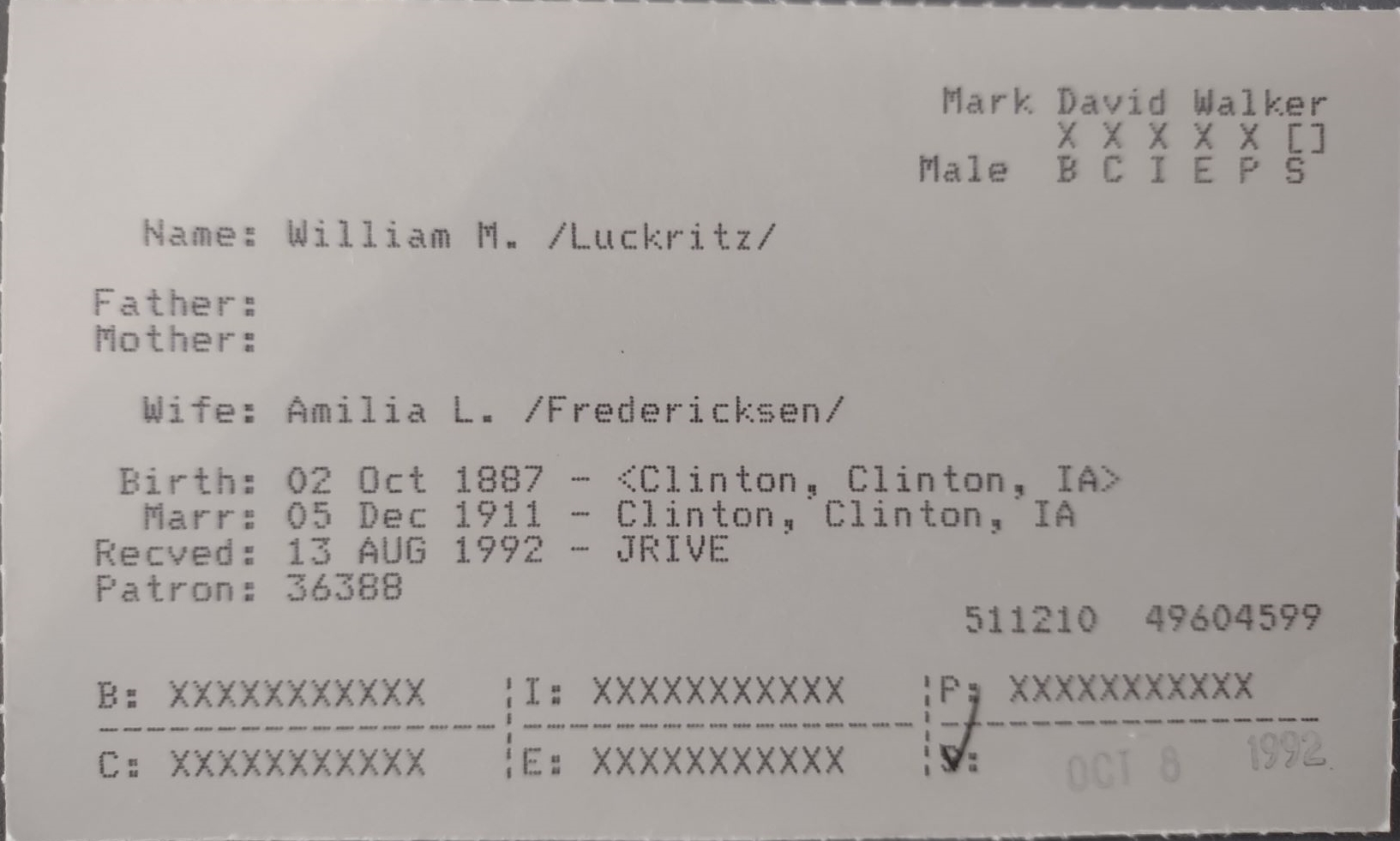 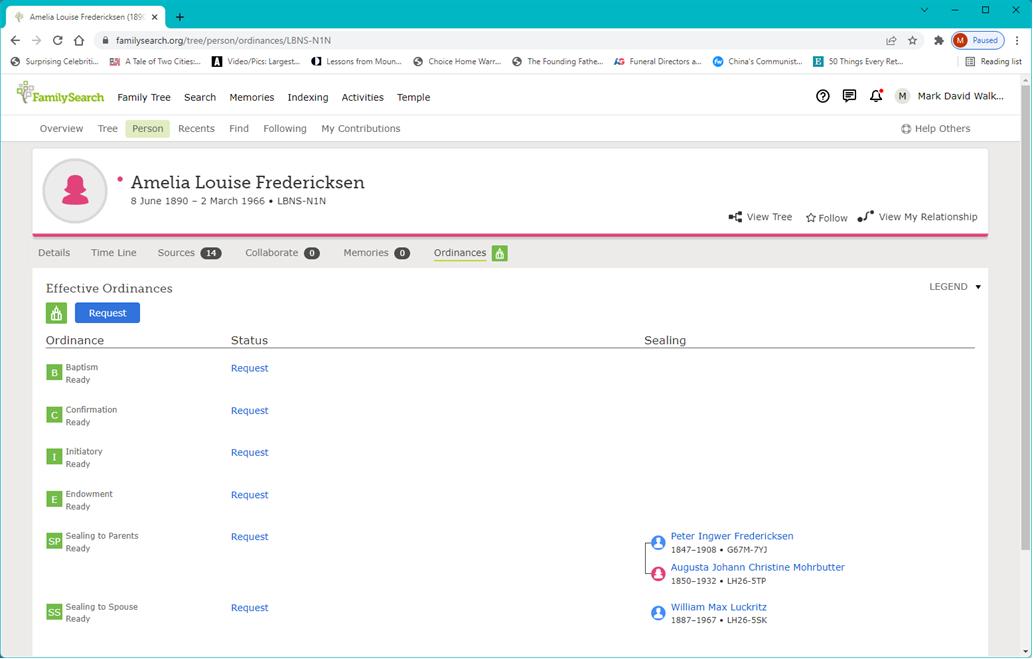