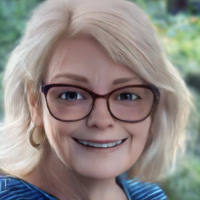 I had Casja Clementsdotter sealed to her parents Clement Pehrsson and Mrs. Clement Pehrsson on 13 Dec 1994 in the Washington DC Temple. I have tried everything I can think of to bring back the correct ID’s of her parents so their names will show, but can’t do it.  Even tried restoring people and using beta and the Contributed IGI and them merging and remerging. Nothing is working.

I think I have the correct parents on her page now as close as I can get.    Their ordinance dates in 1999 in the Orlando Temple sound like they are right as I used to share ordinances with my parents who lived there.  Also, those two were sealed to each other in 1999 in Orlando.

In looking at all of the merges for the father, I saw that one said two ID’s had been “combined,” not merged, so suspect the problem happened in nFS.

Parents as correctly as I could get them are on her page.