A WONDERFUL explanation with insight regarding the 300 name reservation limit 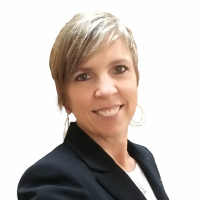 I really think this should be its own post. @Gordon Collett gave a wonderful post regarding this new feature. Thank you Gordon for this post. It was very well stated. It is very positive regarding a change that a lot are finding very frustrating.

The more comments I read on this new policy of 300 lines of personal temple reservations the more I see its greats benefits not only in its stated purpose of getting temple work done but also in teaching a few things about how Family Tree works and how it is suppose to get us to work together.

First off, I have to say I think a lot of people are misunderstanding a critical point. This new policy does not limit the number of reservations we can make at all.

There is no functional difference between these three situations aside from the fact that someone else, by going to the temple and getting a name, or using Ordinances Ready to get a name, will complete some of the ordinance for me.

I also think that 300 is a pretty reasonable number. It is more than adequate to cover five generations of direct ancestors and their children. Beyond that, there are so many other people that can claim equal "ownership" of relatives due to the same or closer relationship to them that we have, that there is no reason not to let them have equal opportunity to complete their temple work even though we did the research to find them.

Next, from multiple posts, it is becoming evident that during the time of temple closures, some people have been removing hundreds or thousands of 90-day reservations from the general temple lists by putting that many names on their personal lists, preventing Ordinances Ready from providing those names to relatives where temples are open and preventing the ordinances from being completed just through the general temple process the way that the people who originally researched and shared those name wanted to have done. This new policy will put a stop to that.

The two main complaints with the new policy that seem to be arising are:

1) If I share all my reserved names with temple, the work will never get done. So what? When you have the chance to complete the work yourself or directly give it to someone else to complete, just pull it off your shared with temple list where you have been storing it and take care of the work.

2) If I share all my reserved names with the temple, someone else will do the work. So what? Keep your grandfather on your personal list but let the grandchildren of your 10th cousin four times removed find him on your shared with the temple list either in Family Tree via the green temple with clock icon or via Ordinances Ready and take care of the work.

Cousin John and Cousin Henry don't know one another and haven't figured out how to contact each other.

Cousin John is a great researcher and has 5000 names on his personal reservation list. Every morning he spends a hour un-reserving and re-reserving names that are near their two year expiration date so he doesn't lose them. He lives too far from a temple to get there more than once or twice a year. At most he can get 10 endowments done per year.

Cousin Henry starts every morning, Tuesday through Saturday, attending a 6 am endowment session, some days two or more sessions. He completes about 300 endowments per year. He would love to take some family names, but isn't much of a researcher. When he does look through eight generations of his family tree and all the collateral lines, he can see thousands of blue "In Progress" icons that some guy named Henry has reserved.

In contrast to this situation:

Cousin John and Cousin Henry don't know one another and haven't figured out how to contact each other.

Cousin John is a great researcher and has 5000 names on his shared with the temple list. He lives too far from a temple to get there more than once or twice a year. At most he can get 10 endowments done per year. But that doesn't matter. Since all of his names are shared with the temple, none of them ever expire. When he goes on a temple trip, he pulls five names to his personal list, prints the cards and completes them.

Cousin Henry starts every morning, Tuesday through Saturday, attending a 6 am endowment session, some days two. He completes about 300 endowments per year. Every evening he looks through eight generations of his family tree and all the collateral lines where he can see thousands of green 90 day reservation icons that this guy Henry has shared with the temple. He picks a name, prints a card, and completes it the next day.

Which of these do you think is better?