I found the most wonderful woman Hypathia, daughter of Theon of Alexandria from 351-415 AD. She was one of the great mathematicians, philosophers, and astronomers of her time. She welcomed the Christians into her school, and was respected by all. Her students became the great leaders, generals and bishops of the time. Students came from all over the world to learn from her in Alexandria. She lived as a virgin and had no children.

Hypathia was the first woman killed as a "witch" by the Christians zealots. Her death in Alexandria is considered the end of the Classical Era and the marker of the beginning of the Dark Ages. Her work in Mathematics is respected in History.

She had no children, thus there is no one to do her work or her father's work. https://en.wikipedia.org/wiki/Hypatia

How do I ensure that her work is done. Although she was Pagan she worshiped no gods but worked to demonstrate the relationships between science and religion. She worked to bring people of various faiths together in mutual respect, and died for it.

Her portrait is included in the "School of Athens" painting by Raphael in the Vatican. She's the woman in white looking out at you.

Hypatia is stinking awesome. I found her by accident. I bought a painting and was struck by the woman in the painting of great men. 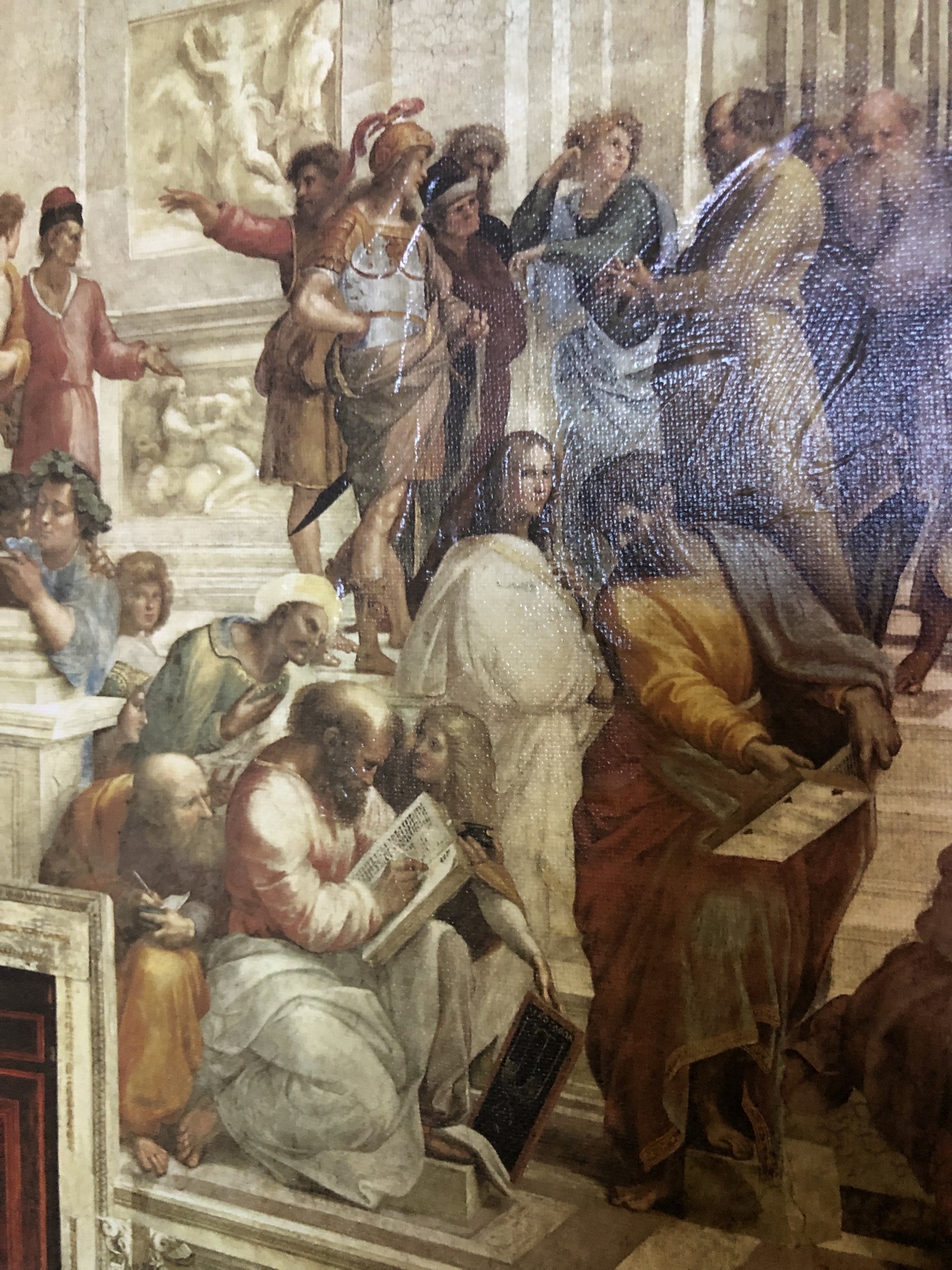 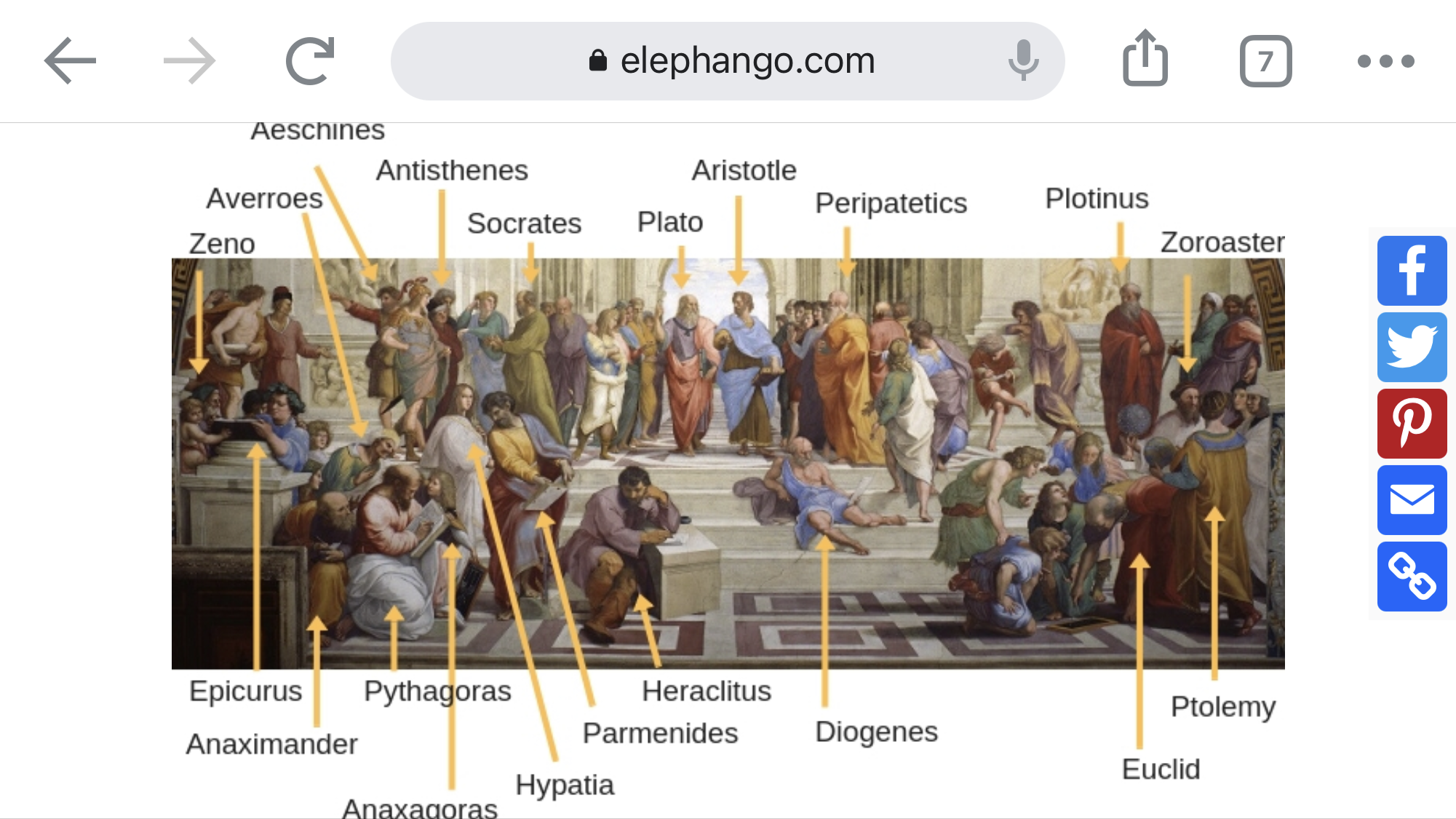